Marie Rose – the trickiest problem in the world? 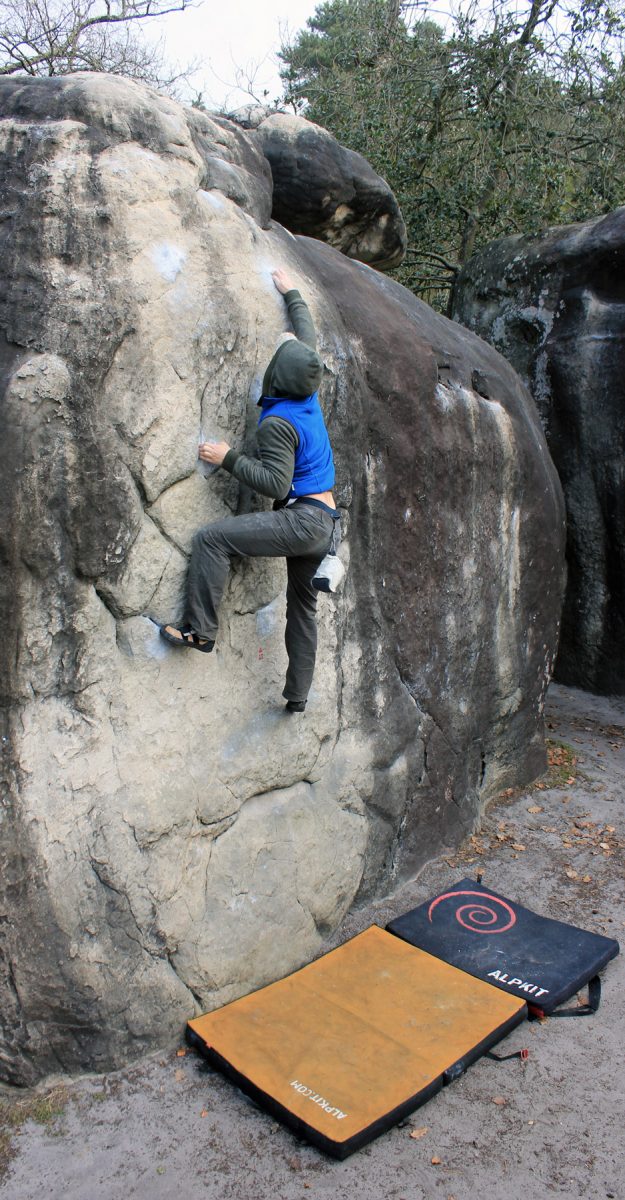 Marie Rose is a boulder problem in Bas Cuvier, the most popular area in Fontainebleau. Cuvier has been a forcing ground for bouldering standards through the middle of the last century, it’s home to the first 5+, 6a and 7a, 7b,7c and 8a climbed in Font. Marie Rose was the first 6a, climbed in 1946 by René Ferlet.

It’s a steep slab, about twelve feet high with a good flat landing. Situated in an open area not far from the carpark and surrounded by lots of other classic moderate problems, it’s a very popular problem and the level of polish on the holds reflects this

Could Marie Rose be the trickest problem in the world? I’ve done it a few times and it still feels pretty hard to me. I’ve seen good climbers struggle on it, especially in bad conditions. If you sit on the flat rock just in front of it on a busy afternoon you can watch climbers of every nationality fail on it.

Tricky is a funny term, I’m not really that clear on what it means. However I’m certain it doesn’t mean difficult, as it’s pretty clear that Marie Rose isn’t the most difficult problem in the world.

Changing the grade of Marie Rose from 6a to 6b doesn’t change how tricky it is, but it might just make some people feel better about failing on it.

I think grades – well a linear incremental scale anyway – are most effective when describing how much power or strenth a problem requires. When grades are applied to problems that require a lot of technique they become less effective. So why do we bother? Why don’t we use something like a system board (or a Moon Board) to define certain very simple problems and call them the benchmarks for that grade. 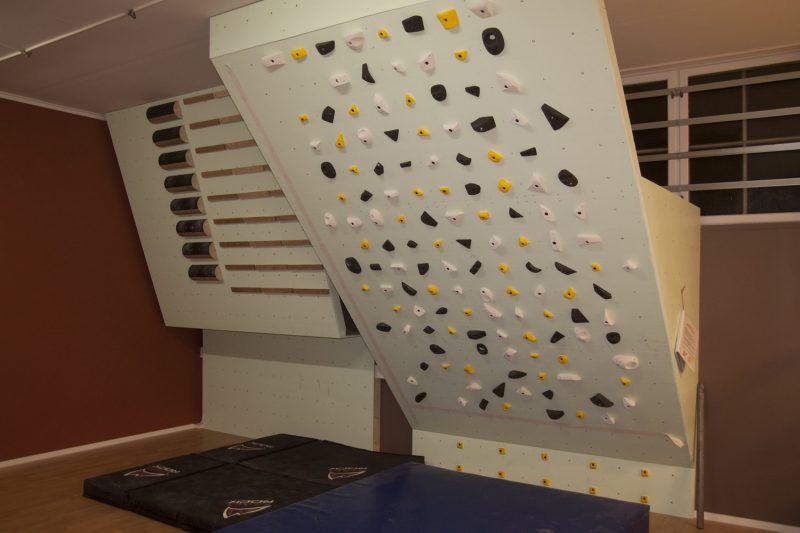 Obviously powerful problems on an overhanging board don’t have much in common with slabby technical problems on rock. But least the system would have solid benchmarks, in contrast with the current system which uses both technical and power problems as informal benchmarks.

Tricky could also mean ‘requires a trick’ ie. a certain movement or position or sequence that isn’t very obvious. In theory though this shouldn’t be a factor as the grade should be for the easier way to do a problem. So it’s not unusal to find situations where a problem is 6a to climb once you have found the right sequence but the finding that right sequence could require a 6b amount of climbing intelligence and experimentation. The situation can also arise where two people have a different opinion on a grade, because one has found the ‘easiest way’ while the other used a duff, harder sequence.

As power is so much more quantifiable than technique it’s inevitable that it is used as the currency of difficulty in climbing. This goes some way to explaining why technical problems such as Marie Rose feels hard for its grade.

Rather I should say, it feels hard to me for the grade. The consensus on the web seems to be that it’s solid 6a no more and no less. 81% of repeaters on bleau.info felt it is 6a as did the vast majority as 27crags. 32 out of 61 votes on UKC felt it’s easy 6a+.

When René Ferlet did the first ascent in 1946 the rock was a lot less polished than it is now, granted his footwear probably wasn’t up to much, so maybe it all evens out in the end.

In the late nineties I remember reading in the climbing mags that the French climbing team were rumoured to climb slabs with a tennis ball in each hand to force them to focus on balance and body position rather than relying on pulling power. It’s certainly would be an interesting way of comparing two climbers technique while negating differences in finger strength, but the reality is a smeary slab or blank corner problem will do the job just as well.

The first time I tired Marie Rose was nearly ten years ago, it was late October and there was a heatwave. It was 20C+ at the boulders and my down jacket never came out of the bag. I spent ages figuring out the moves but the two slopey sidepulls at the top just felt like bars of soap and it wasn’t to be. The next trip was January and it was very very cold, 0C at best. Recalling my sequence from the previous trip, I stolled up it in a few goes, the slopers felt like jugs. Just goes to show the difference 20 degrees can make.

The last time I was in Font, I spend time on itin the company of a local, this guy was in his sixties maybe, one of the fabled Bleausard. He was standing around smoking, flicking the holds with his rag and occasionally pulling on to do a move or two. We spent a while trying different sequences, he explained that some of the different methods even have their own names. I didn’t have that burning desire to top out, I was more focussed on getting familiar with the problem, mastering it if you like.

There are almost a thousand videos of Marie Rose on the internet, showcasing all the different ways it can be done. It’s a sign of a quality problem that there are so many different viable sequences.

There is one final, very compelling piece of evidence to back my claim that Marie Rose is the trickiest problem in the World. Adam Ondre,’the world’s best climber’, failed to flash it. In this video you can watch with some satisfaction  while he slips off one of the glassy smears. This was the same day he flashed an 8b+.