Some information about the logistics of my trip to Mongolia. You can find a post on the gear I used here. Next up will be blow by blow account of the trip.

I flew into Ulaanbaatar (ULN) via London Heathrow and Moscow. The only other options are to fly from Beijing or Istanbul. From Heathrow to Moscow I flew with Aeroflot and Dublin to Heathrow was with BA. As the two carriers aren’t in the same alliance I wasn’t able to get checked all the way through. This meant I had to collect boarding cards in Heathrow (Moscow requires paper boarding cards rather than digital, apparently you can check in online and print your boarding card in the airport but I would be reluctant to rely on this). However I was able to check my bike through which was critical as I had a short layover in Heathrow and wouldn’t have had time to collect and re-check my bike. 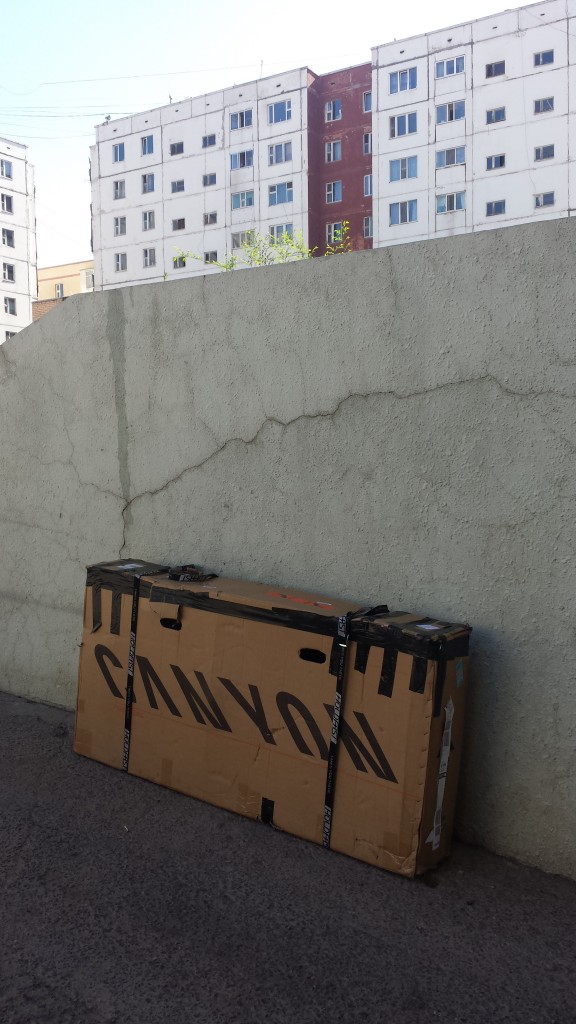 There was no extra charge taking my bike with BA or Aeroflot, it counted as part of 23kg baggage allowance. It’s worth factoring this in when pricing flights. I packed my bike in the box it arrived in from Canyon which was a very solid, snug fit. It’s worth checking the maximum dimension with the airline as Michael, who had a huge box, was charged extra on the way home as his was oversized. I used two very long luggage strap to hold the whole box together.

My total baggage allowance was 10kg for carry on and 23kg for the hold. It was a tricky balancing act as some things could only travel in the bike box (tools, toiletries) and the box (3/4kg itself) plus the bike weight almost 20kg. In the end I took my food as carry on which wasn’t a problem.

In the end the bike box weighted 26kg which I reckoned I would get away with. In Dublin the woman at the check in desk asked me the weight I said 23kg, we then went to weight it and when it came in at 26kg she was quite annoyed but fortunately didn’t charge me extra. The best answer to give if this happens is that you don’t have a means of weighting the box accurately.

My bike was 48 hours delayed in UB. Fortunately this didn’t have too much effect on the trip but it was very worrying as I didn’t think it was going to show up. When it didn’t arrive I filled out a form and returned to the airport the next day. It hadn’t made it so they told meto check with the Aeroflot office in the city the next day and thankfully it was there. On our flight of just over 100 passengers I saw about 7 forms being filled in so I don’t think missing baggage is all that rare.

The cardboard box was well battered by the time it arrived. One mistake I was made was not taping everything to the bike to prevent it falling out in the event that there is a large hole in the box.  For the return journey I used an entire roll of duct tape to reinforce it and it fared a bit better.

A 30 day tourist visa was required for Mongolia. There is no Mongolia embassy in Dublin so I gave my papers (filled in form, photos and passport) to Michael and he submitted them to the embassy in Stockholm and then fedexed them back to me. The cost was about €60. As I wasn’t leaving the airport in Moscow no visa was required. 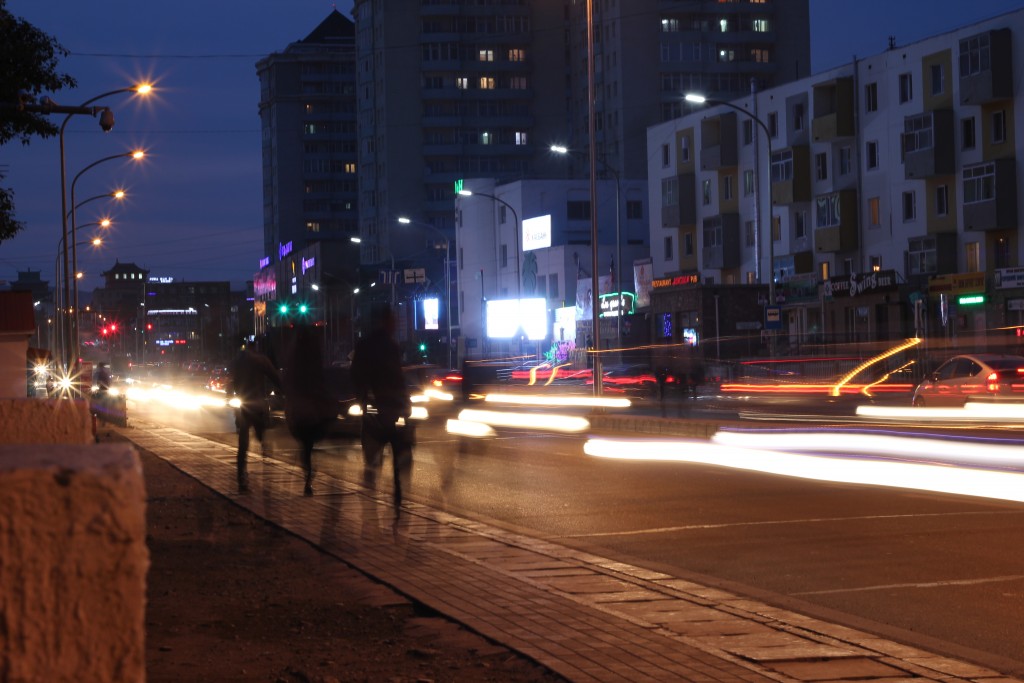 Due to the delay with the bike we ended up staying longer in the city than we planned. That was ok though as we needed time to get over the jet lag and it was good to see more of the city. We stayed in LG Guesthouse which I would highly recommend. Very helpful staff, they collected and returned us to the airport and allowed us leave our bike boxes with them while we were cycling. The building is a little run down but the rooms are very clean and neat with good wifi.

We bought gas cannisters from Seven Summits in UB who were also very helpful.

The currency is tugrik. You won’t be able to get it before you arrive so either bring cash to change in a bank in UB or else withdraw money from an ATM. Many ATM were out of service and some cards didn’t work in them so the safest option is to bring cash. It maybe possible to pay for some things in dollars but there is no advantage to doing so.

Mongolia is cheap but not as cheap as other Asian countries. A beer in the Irish Bar was about €2.50 and a main course in a restaurant worked out between €5 and €8. A ger for the night (an essential Mongolian experience) was around €25.

The Mongolia cuisine and diet probably isn’t one of the best in the world. They aren’t big on vegetables. Dairy and meat are their staples. There are plenty of good places to eat in UB, we ate exclusively Korean which was great. There are lots of modern supermarkets in UB and the villages have pretty well stocked mini-markets where you will be able to get food suitable for camping – noodles, snacks, beer etc. 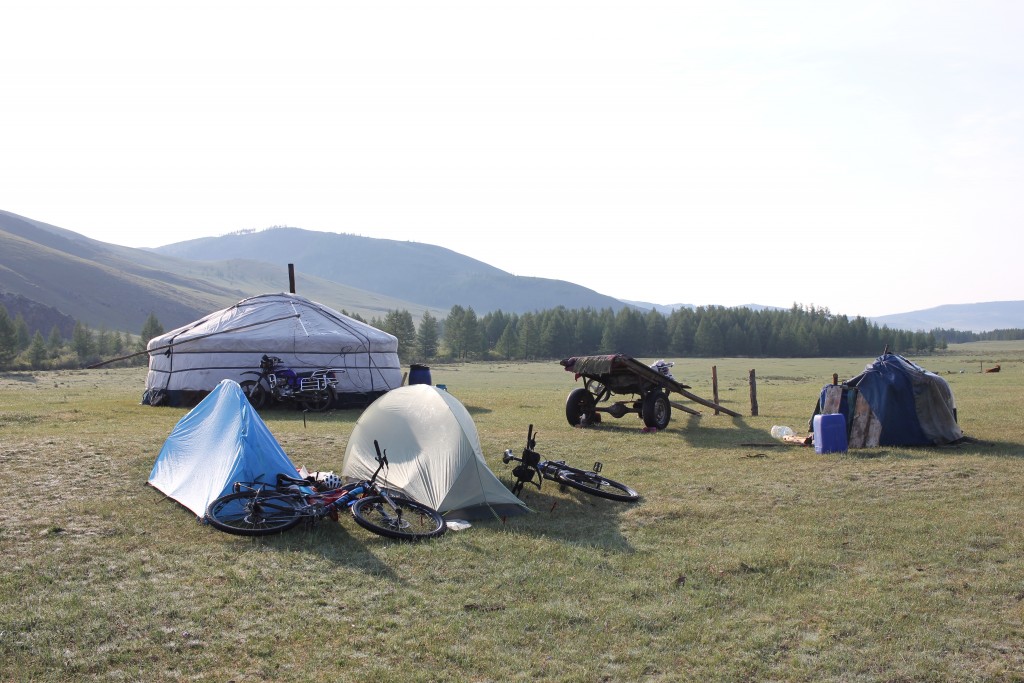 Mongolia is heaven for wild camping. Open land, no fences, you can camp where ever you want. It’s probably best to keep your distance from gers (the dogs will drive you mad) unless invited. Mostly we camped in very remote spots and there was no one for miles but when we were in more populated places we found a secluded corner and waited until dusk to put the tents up.

We drink the water the from streams after treating it with water purification tablets. Higher up in the valleys the water seemed fine, lower down it was potentially a bit more dodgy as there was lots of livestock and humans using it.

As we were in a forested area we lit fires some evenings, there was plenty of wood around and it was bone dry. We made good and sure that the fire was properly extinguished.

The nights were a little colder than we expected, there was even frost one night. Before the trip we were using forecasts for UB, the mountains are certainly a good few degrees colder and wetter. We had showers some days and one day of prolonged rain.

We had no problems with flies or insects. 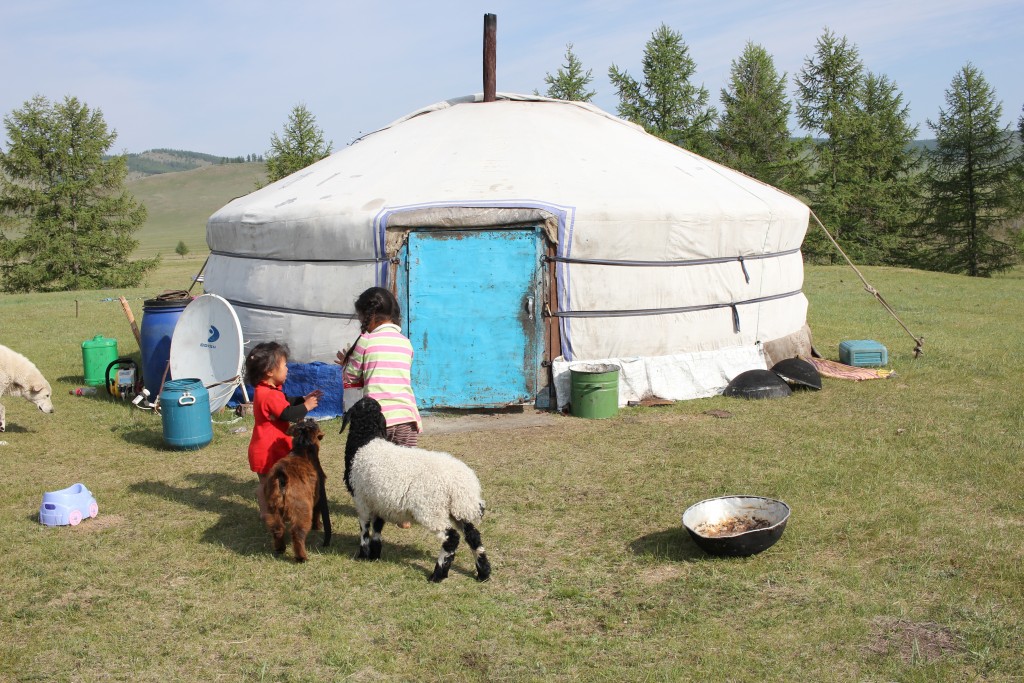 Everyone we met was very friendly and helpful. The Mongolians have a long nomadic tradition, because of this they are very hospitable, they will invite you into their gers and offer you snacks and tea without hesitation. Outside of UB we didn’t meet anyone who had more than a word or two of English. We always managed to understand and be understood even if it took a while sometimes. A phrasebook would be very handy. We brought some small gifts for the kids we met, they were much appreciated. 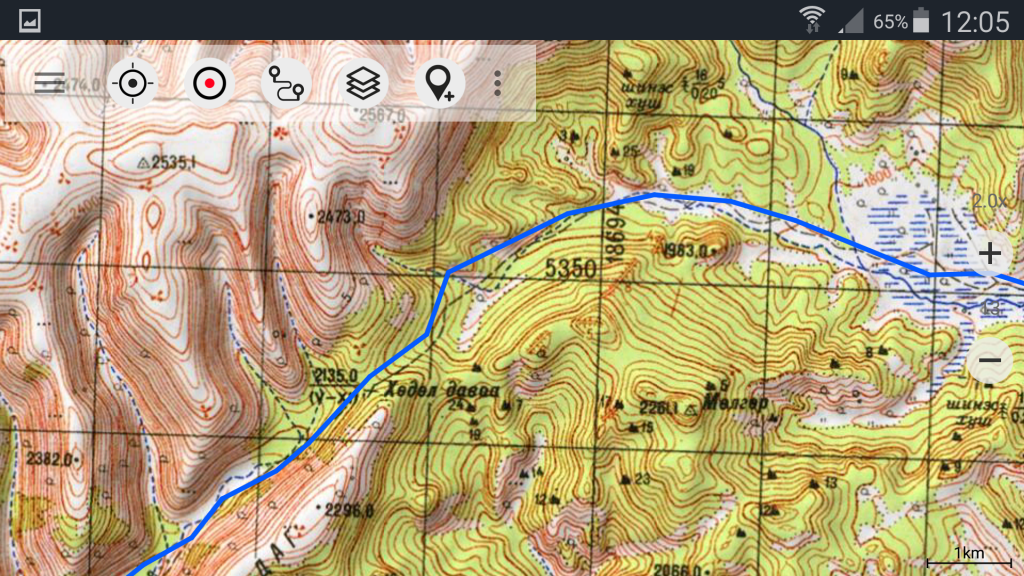 Mongolia is a perfect destination for off-road cycling as it’s such a massive country with so few roads. The terrain we covered was mostly quite good – smooth, slightly sandy or muddy doubletrack. In a few instances where we crossed little travelled passes the tracks were very faint or non existent. It probably isn’t a great destination for those looking for technical singletrack, at least we didn’t encounter much.

I noticed the altitude (2200m) when pushing over some of the higher passes but that may have just been me.

We encountered lots of river crossing, on some days more than two dozen. Fortunately the water was never too deep but it was very very cold.

We used the pro version of the Soviet Maps app running on our phones to navigate. And even though the maps are very old, 1970, it worked really well as we were always able to pinpoint our exact location.